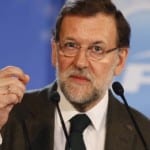 SPAIN is facing a ‘serious constitutional crisis’ as the rival political parties battle for control of Congress.

With the exception of the PP, all parties are demanding the acting government surrender control by submitting itself to regular question times.

PSOE, Ciudadanos and Podemos are demanding that weekly congress sittings should involve questions to President Rajoy and members of his executive.

Rajoy however insists that his acting government should only be answerable to the courts and insists that the Ministry of Defence will not participate in any such session.

If the parties refuse to back down it could spark a constitutional crisis.

“It is unheard of for a government to declare itself in contempt of Congress,” said PSOE deputy Antonio Hernando.