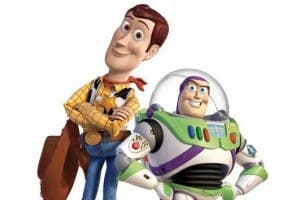 I KNOW, I’m a terrible person but I couldn’t help myself. In my defense, it was April Fool’s Day and I couldn’t resist.

I blogged that Disney was bidding to turn Marbella’s beleaguered Al Thani Port project into a water-based theme park based on movies from the Pixar studios, such as Toy Story.

“Marbella has the fantastic climate, the infrastructure and is already a hugely popular destination for tourists, so taking over the Al Thani Port project and developing in in the same way as our other parks makes perfect sense,” said the anonymous ‘spokesperson’ I quoted.

“There is also synergy between Pixar movies, and Marbella – the luxury car market with Cars, fine dining with Ratatouille and, as we are on water, we are especially looking forward to the Finding Nemo area of Pixar Park.”

I finished up with the line: ‘This is no Toy Story. It really will take Marbella To Infinity and Beyond.

I thought that my April Fool Story would be quickly spotted but maybe it says something for the market in Marbella that my blog began to pop on real estate websites as a bona fide news report. ‘Great news for Marbella’, one agent commented while another called me from Dubai saying he had seen the news on social media and wanted in!

I thought that my original story was pretty far fetched. But then I remembered it wasn’t so long ago that ex-mayor Jesus Gil proposed floating tourist islands off Marbella…

Ronnie Corbett was part of the fabric of my early television viewing. As a Seventies child, my Saturday evenings normally finished after watching The Two Ronnies.

It seems that everyone has a Ronnie Corbett memory after his recent death, so here is mine. And it even has a Marbella connection.

In the 80s, several of the leading lights of light entertainment had villas in Marbella. Bruce Forsyth had a place just below the Banus bullring, close to what is now La Sala, while Jimmy Tarbuck had a villa in El Paraiso, not far from Cilla Black’s house.

Puerto Banus was a lot smaller in the 80s and, being a teenager on the town, it wasn’t too long before we bumped into their children. Jimmy Tarbuck Jr and Ed Allen (son of Irish comedian Dave) became friends and one of my mates, Scott, started dating Ronnie Corbett’s daughter Sophie.

What we didn’t know, however, was that the teenage Sophie had a strict curfew. And so it came to pass that late one evening we were all drinking and dancing in the legendary Joe’s Bar, the place where everybody ended up in Banus. (In the 80s, the second line that now houses Lineker’s was the forgotten end of Banus. Hard to believe, I know).

Suddenly the door curtain flew open and a very small and VERY angry Ronnie Corbett marched in. Spying his daughter with Scott, he grabbed her by the arm, at which point Scott tried to intervene.

I’m not going to repeat what Ronnie Corbett said to Scott, or where he told him to go, but safe to say it used language never employed in his famous armchair monologues!