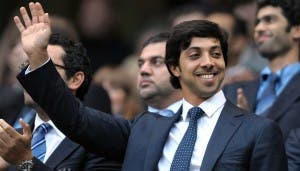 THE billionaire sheikh boss of Manchester City is the proud owner of a luxurious new Spanish bolthole.

Mansour bin Zayed, also Deputy PM of the United Arab Emirates and a member of its royal family, has purchased a ‘modest’ €55 million hamlet in Extremadura.

Sheikh Mansour is already making his presence felt in the local community, applying for permissions for a 2.5km-long aircraft landing strip and a dam in the Rio Matachel, also making plans for a Halal slaughterhouse and transportation for meat back to the Arab world.

Located near the quaint town of Valencia de las Torres, home to 700 inhabitants, the property has hosted a procession of royal and aristocratic visitors over the years. The family of Franco have hunted hunted there, as well as Juan Carlos when he was king.

The heliport has also been graced by the Botin family of Santander fame, and the powerful March family.

Since the Sheikh’s arrival, scores of families have made personal pilgrimages to the sleepy town to drop off their CVs in a bid for a slice of the billionaire family’s prosperity.

In fact, Spanish media confirmed the owners were forced to erect a fence around the complex to keep them out.

Mansour bin Zayed is one of the richest men in football, worth €25 billion.