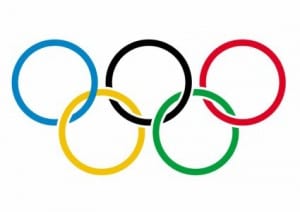 THREE members of Spain´s Olympic sailing team were robbed at gunpoint in Rio on Saturday morning.

The mugging occured in the early hours of Saturday morning in the popular tourist spot of Santa Teresa.

“It was a very unpleasant experience,” Lopez-Vazquez said, “There were five youths with two pistols. They took all the work equipment we were carrying at that time.”

No one was injured in the robbery.

The team have said they want to put it behind them and focus on their training.

The attack will add to concerns over safety at the upcoming Olympic games this summer, set to take place in Rio.

“A bag with money, documents and a camera were taken,” confirmed Rio´s tourism police, “Civil police are working to identify the authors of the crime and to recover the stolen objects.”

Sailors have also raised concerns over the high levels of pollution and floating garbage in Guanabara Bay, which could impede racing dinghies and windsurfers.

Earlier this year a part of the cycling track in Rio collapsed, killing two, and leading many to question Brazil´s credibility as a host of the games.

They are due to start August 5.