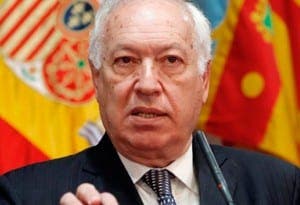 THE first official visit to Cuba has been undertaken by Spain’s Foreign Minister Jose Garcia-Margallo.

It follows the normalisation of relations between the two countries two months ago.

After landing in Havana, Margallo said that the March agreement between Cuba and the EU, the culmination of nearly two years of negotiations, ‘makes us very happy’.

The trip is said to be a review of the bilateral relationship, with Spain hoping to maintain and build on its trade links with the communist state.

Spain is one of the leading investors in Cuba, particularly in its tourism sector, and is already its third largest trading partner after China and Venezuela.

HISTORY REPEATS? How the Brexit debacle reminds Charles Gomez of the Spanish American war more than 100 years ago