MOVING to Spain is not as easy as packing your bags and jumping on a plane.

Be it bureaucratic, financial, property or personal problems, moving to Spain can leave the calmest of people pulling their hair out.

However, it need not be stressful at all.

A former fashion/textile designer-cum-developer-cum-hotel owner, it is fair to say that Leon Cohen is a master of all trades.

And now he is turning his hand to helping others. A one-stop-shop for all relocating needs, Leon has set up a new company Facilitator Spain to help ease the pain of moving.

Assisting with everything from building permits and residency paperwork to changing driving licences and number plates, Leon leaves no stone unturned to give his clients absolute peace of mind.

“Anyone who has moved to Spain knows how stressful it can be,” Leon says. “There are so many factors to consider that just do not exist in other countries, be it the UK, Europe or further afield.”

He added: “My job is to save people time, stress and to give them the best start to life in Spain at an affordable price.

“I love this country but I wish I had been given more advice when I first moved here.”

From there he ventured into the world of retail, opening five shops in London including one on the King’s Road and another two in St. Christopher’s Place in the West End.

After a successful 20-year stint in London, Leon packed his bags and headed to Spain like many expats in the ‘90s. 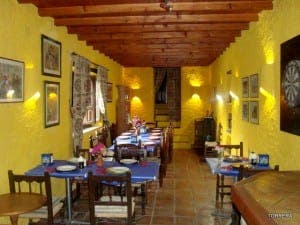 Buying a finca in the lower Alpujarras area of Granada, Leon got his first taste of the Spanish bureaucracy when he opened first a B&B, then moved into agriculture, running an agro-tourism business dealing in fruit and veg.

But in 2013 it was time for a new adventure. Selling his finca and business, Leon headed for the coast.

Now based in Mijas Costa, Leon says it is time to give something back.

“I have had a lot of success in my life,” he says. “From my time in Granada I have built up a good knowledge of how the property system works and of setting up and running a business.

“As I am now fluent in Spanish, also having a Spanish wife, I have a full knowledge and understanding of the country’s customs and traditions.”

He added: “I learnt the hard way. In the ‘90s expats were seen as an easy target and even the local grocers would add on a ‘guiri charge’.

“It is of,course, a lot better now, but foreign residents who don’t speak Spanish can still be taken for a ride.”

He added: “I am not going to make a fortune from my new venture, but it is time to give something back.”

Work on the company website www.facilitatorspain.com is underway and should be online soon.

As well as being a consultant, Leon is a qualified master coach in NLP (Neuro-linguistic programming) and he sees the two things going hand-in-hand.

“Moving to a foreign country can be a confusing time,” he says. “As well as setting up the paperwork I can also help people discover what they want to get out of life in Spain.”

Starting from next issue, Leon will be addressing common problems facing expats in a fortnightly Olive Press column.