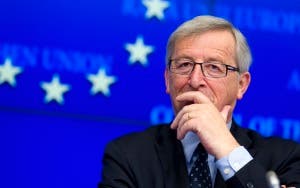 BRITONS will be labelled ‘deserters’ should they vote to leave the EU, European Commission President Jean-Claude Juncker has warned.

In a damning blow for the Leave campaign, Juncker said the UK would face ‘serious consequences’ and would be treated as a ‘third country’ should the country vote for Brexit.

“The deserters will not be welcomed with open arms,” Juncker said. “If the British public vote Leave, which I hope they don’t, then life in the EU will not go on as before.

“The UK will have to accept that it won’t be handled with kid gloves.

“If the British leave Europe, people will have to face the consequences. Relations will no longer be what they are today.”