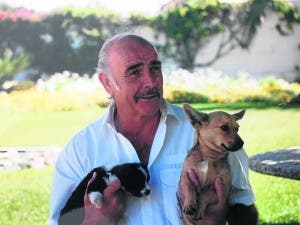 IT is exactly 25 years since charity Triple A opened to welcome needy animals through its doors, near Marbella.

And little more than 35 days since a morning raid saw an incredible 15 armed police storm its base, arresting its president, secretary and a senior vet, accusing them of a litany of crimes, including fraud, cruelty and money-laundering.

It is the sort of charge sheet more reminiscent of a drugs bust than an inspection of an animal charity run by an ageing bunch of apparent expat ‘do-gooders’.

So it is no wonder the coast has been left shocked and unsure of what to believe regarding the recent police investigation that also accused the charity of being members of a criminal gang, animal trafficking and misappropriation of funds.

On the face of it, German President Bettina Pietsch and Dutch Secretary Jan Weima were among the pillars of the Costa del Sol expat community. 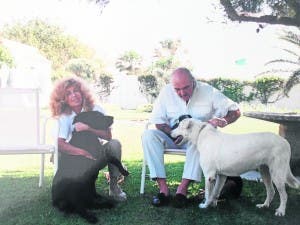 And it is, perhaps, not surprising that they have completely rubbished the accusations, which stem from the claims of one Marbella lawyer, who they themselves had allegedly denounced some months earlier for malpractice.

In the meantime, Triple A does its best to continue working, taking in animals, while hundreds of supporters and residents have voiced their support.

Spanning a quarter of a century, the charity’s work has, to date, housed and rehomed tens of thousands of dogs and other animals.

Long a feature of Marbella society, it was set up by Jan Weima with two friends Elisabeth Josiasse and Christel Jurgensen in 1992, when the old Costa Animal Society announced it was closing down.

The trio approached Marbella Town Hall for help and were given an old slaughterhouse, which was being used as a temporary municipal animal shelter, on the Coin road. 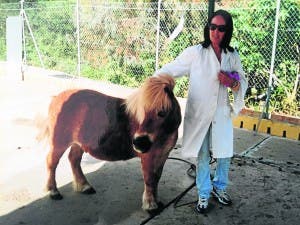 “Before we arrived, if a dog was there longer than three days, they would throw in food with poison,” recalls Swedish interior designer Christel, who today co-owns Marbella company Estuco Interiors.

“It was horrific and if you have ever seen a dog die of poison that is something you can never forget.”

Christel, an animal lover since birth, became consumed by her role at the charity, where she worked nearly full time for more than 10 years, until leaving to concentrate on her business Estuco.

“You get obsessed in this kind of work because there is so much cruelty,” she adds. “There is always so much to do and so much tragedy.”

The trio quickly began fundraising in any way they knew how – summer galas, christmas bazaars and dog shows.

“It became a 24/7 job,” continues Christel. “People expect you to be there all the time, so I spent many nights sleeping in the office and rescuing dogs off the road.

“I remember the first dog I rescued, I had to sleep next to him in the shelter because he was so frightened.”

But just a couple of years in, the charity was slowed down when the government announced plans to demolish the site. 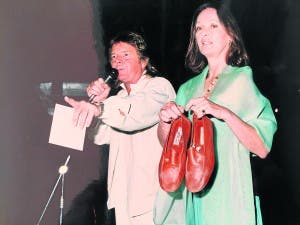 They were given a week to move out and were offered an old cement factory near La Canada, but the site had no running water and a collapsing roof.

Christel asked for help from the RSPCA, in the UK, which flew over a specialist to advise on the construction of pens and facilities.

“It cost tens of thousands to build,” said Christel. “And once we were set up and were rescuing pedigrees we had people breaking in and stealing them, we had to hire people to sleep at the pound.”

As the costs soared and the number of dogs and animals grew into the hundreds, the charity was working around the clock to raise the much-needed funds.
Inspired by the work, celebrities and royalty alike pitched in to give the charity recognition and a lifeline.

The charity grew from strength to strength and became a mainstay on the Costa del Sol.

But when it began attracting lots of funds in the late 90s and early 2000s, president Xandra Gamazo Hohenlohe was – perhaps rather like today – accused of using the money to build herself a new house in the Marbella hills.

It caused something of a local scandal, and Xandra was heartbroken by the accusation.

“To suggest that someone like Xandra, from a German aristocratic family, would do such a thing was awful,” said Christel, “She was so selfless in her donations and time as president.

There was simply no way she would have ever done that.”

Fortunately, the period passed over and the charity soon recovered, as Christel hopes it will bounce back after the recent accusations.

While not close enough to the charity these days to comment on the specifics, she insists that the charity is a vital component of the Costa del Sol.

“We need Triple A very much and people should not be quick to judge,” she insists.

“Sure sometimes charities don’t do everything right, but you try looking after 400 dogs who are ill, have diarrhea, need feeding, need separating so they don’t fight and you will see how impossible the job can become.”

It can send you a little mad, it seems… but not criminal.