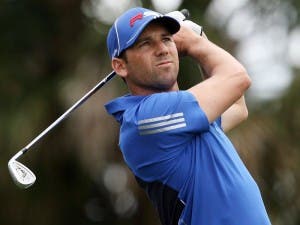 After victory at the AT&T Byron Nelson tournament in Texas, USA, Garcia is now on par with his former mentor.

The win came despite two wayward shots which ended up in the water.

In the end the Spaniard needed a play-off to fend off American challenger Brooks Koepka after the pair ended up level.

Garcia, who also triumphed in Texas in 2004, paid tribute to Ballesteros who died five years ago last month.

“I won a bit like Seve,” said Garcia. “This is going to drop me nicely into the Ryder Cup points league. That means a lot.”

He will also be representing Spain at the Rio Olympics this summer, but his main focus is making his eighth European Ryder Cup team – five of which were successful.

Despite his success on the tour, Garcia is still without a major honour.

The secret’s out in Spain’s Alcaidesa