TERRY Shaughnessy is no stranger to the music business. The singer-songwriter has shared the stage with the likes of The Zombies, The Proclaimers and the late great legends Ian McLagan and Joe Strummer.

Now the Liverpudlian and frontman for The Universal – who were voted the Best Live Act at Rock Realms and recently won the Galaxy Award for their album The Outsiders – has set up shop on the Costa del Sol.

Terry’s unplugged sound has seen him take the stage at Glastonbury and T in the Park, but he has now swapped the north west of England for sun-soaked Marbella.

“Marbella and the Costa seemed to be the perfect place,” says Terry.

“I’ve started to play more shows and festivals in Europe, so I don’t have to have a permanent base in the UK.” 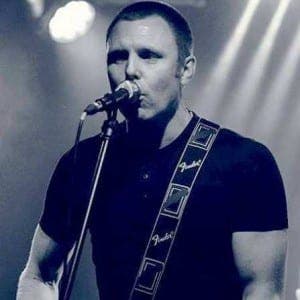 Terry grew up surrounded by music, his uncles both played in bands, one of them even drummed for the legendary Eurythmics.

“I always knew what I wanted to do, I probably drove my Mum nuts when I was younger, making up songs all the time and bashing about on the pots and pans and biscuit tins,” he laughs.

But his sound has come a long way since then. The Daily Mirror recently praised his band – who he still gigs with in the UK and Europe – for ‘stripping Britpop back down’ to the days where bands did nothing other than ‘perform great tunes packed with infectious guitar riffs’.

“My sound is no frills… no backing tracks, no autotune, no tricks,” he adds. 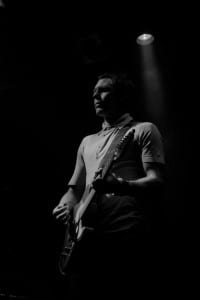 When not touring and playing at his residencies along the Costa del Sol and Gibraltar, Terry is recording in his new studio in Coin, and plans to release two albums by the end of the year after landing a record deal with US label Spectra Music Group.

Terry plays weekly at The Hendrix in Gibraltar and once a month at Our Bar in Calahonda.

He is playing a special gig with Global Radio DJ Mark Peters at the Reggae Beach Hut in La Cala on June 12.

Cristina Hodgson - 4 Dec, 2022 @ 10:30
THE second phase of the Sierra Bermeja Forest Restoration Plan, prepared by a multidisciplinary team, will begin in January with a €2.4 million budget. The...