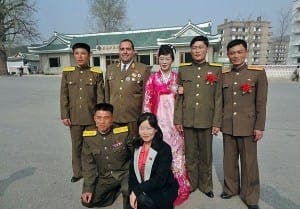 Alejandro Cao de Benos, an IT consultant from Barcelona who is the only Westerner to work for the reclusive regime, has been picked up by Spanish authorities in Tarragona.

At least nine others were arrested with the 42-year-old, including the head of the alleged arms trafficking gang, which is said to have operated out of Murcia.

Alejandro became intrigued with North Korea when he was growing up, and now visits the repressive regime twice a month as a part of his role.

He claims to receive a warm reception each time he visits. 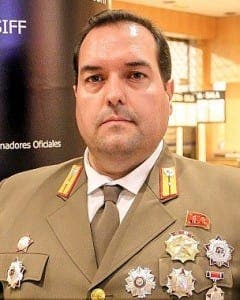 It has since amassed official representatives across 28 countries, including Spain, Italy, Norway, Brazil, Germany and Russia.

The allegations he now faces claim he was in posession of three blank-firing pistols modified to shoot real bullets.

However sources say he bought the weapons for his own personal defense from the alleged drug traffickers, one of whom is his room mate.