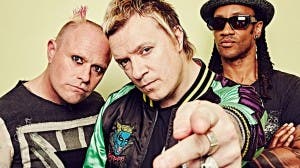 ENGLISH electronic rockers The Prodigy are set to take over a beach in Cadiz.

Headlining the Alrumbo music festival, the guys from Essex will be joined by Gipsy Kings and Spanish indie band Vetusta Morla.

The three-day festival will be taking place in Chipiona from July 14 and is set to attract over 50,000 people.

Dutch DJ Martin Garrix will be spinning the decks on Friday as well as a host of Andalucian bands including El Langui, Lori Meyers and Raimundo Amador.

The Prodigy take centre stage on Saturday where they will air some new material as well as showcase classics such as ‘Smack my bitch up’ and ‘Firestarter’.

Elena Gocmen Rueda - 24 Jan, 2022 @ 14:15
A GERMAN expat turned the gun on himself after shooting his daughter-in-law and grandson in a row outside their home in Formentera. The 82-year-old man,...