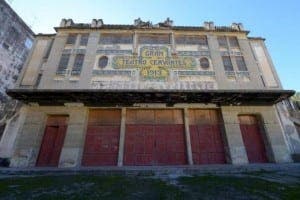 SPAIN has donated a historical theatre to Morocco in a bid to boost cross-continent relations.

Abandoned for 40 years, the Cervantes Theatre in Tangier has been given to Morocco after negotiations with the Spanish government.

The aim is to breath new life into Morocco’s theatre industry and to boost the number of Spanish tourists travelling to Tangier.

The Cervantes Theatre will be transformed into a cultural centre and is likely to be opened in 2017.

The theatre was shut down in 1974 because of unmanageable running costs.