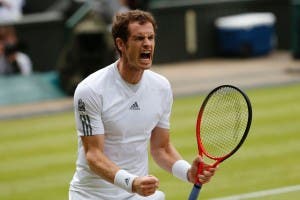 IT may seem frivolous to be thinking of strawberries and cream at Wimbledon when my homeland is going down the political toilet with a severe case of post-Brexititis.

But we need a change of diet.

We’ve OD’d for weeks on the campaign that sounds like a high fibre breakfast cereal so we shouldn’t be surprised at the ‘deep cleansing’ going on in the bowels of Westminster.

And Federer’s cute butt in tight white tennis shorts is a more uplifting sight than a bunch of suited and booted politicians aiming lame volleys at each other over the EU referendum net.

But more to the point, with tennis my livelihood doesn’t depend on whether the call is IN or OUT. As does the referendum vote, big-style, being an expat Brit in Spain with a partner who’s a Gibraltar cross-border worker.

Will our pounds be worth peanuts? Will Dave have to commute to Gibraltar from Morocco?

Will we ourselves become refugees? Watch this space!

Not that I had any say in the matter. I’ve been away from the motherland for more than 15 years and so stripped of the right to vote. Apparently it’s not possible to check residence status further back through the records than that, although the Inland Revenue doesn’t seem to have any trouble.

Still, there are worse things than being disenfranchised; like becoming an illegal alien … or having the right to a postal vote in Spain and not receiving the ballot papers in time, which might have something to do with the Spanish postal service.

But why couldn’t ‘our side’ have come up with a catchier name than Remain, and its association with ‘remains’ …  Brit-IN, for example? Who uses ‘remain’ as a word these days, anyway?

Instead, by a flimsy 3.8% margin, Brexit has bodged up everything – not just for expats, Britain’s economy and its two biggest political parties but maybe even its geographical shape, if

Scotland gets a second independence referendum, leaving England and Wales looking like a sad, decapitated torso on the world map.

Plus, with two leadership battles looming and a possible General Election, it has inflicted a double blow on us expats – the most dire autumn season of satellite TV viewing imaginable.

And forget changing channels. Donald Trump seems to be funding his own air time on Fox while Spanish news stations were talking up a third General Election last time I tuned in.

But cut off in my voting prime as I am, there are still things I love about Great Britain and Wimbledon is one of them. I have fond school-girlish memories of dodging into the male players’ changing rooms for autographs, and Ilie Nastasie obliging, wearing nothing but a towel. Swoon!

Now, although I live far from the hallowed turf, come the last week in June I stock up with strawberries and Cornish clotted cream – from Morrisons in Gibraltar, get it while you can – and tune into the centre court action with ‘Johnny Mac’, still the master of the witty backhander, albeit from the commentary box these days.

So that’s my plan (unlike Boris, I have one). It will keep alarmist thoughts at bay about what will become of the world, post-Brexit and maybe post-Scexit.

Although it does make you wonder …Who will we cheer on at Wimbledon if Andy Murray becomes a foreigner? And will the Queen need her passport to visit Balmoral?