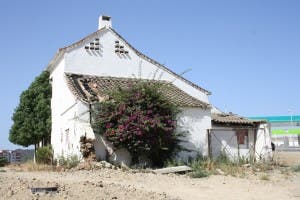 FURIOUS PP members have launched a campaign to save one of Mijas’ oldest buildings.

The early 20th century farmhouse, named Las Garcias, sits in Tejada and is described as the only evidence of the way of life of early Las Lagunas inhabitants.

The PP said it condemns the neglect and ruin that has allegedly been allowed to occur under the watch of Ciudadanos, after the rival party broke its pact with the PP in April and assumed full control in Mijas.

While the PP had put forward an economic bill to restore the farmhouse when in power, it failed to receive enough support from the opposing parties.

It said in a statement: “The PP of Mijas demands that the executive, headed by former Socialist Juan Carlos Maldonado, do something, and start procedures to invite tenders for the rehabilitation of this building immediately.”

It is feared the building is close to collapse as visible cracks have begun to appear from the outside.

The PP said it has long been committed to the idea of rehabilitating the house and making it an attraction, ‘in order to not lose the undeniable historical and ethnographic character’ of the site.