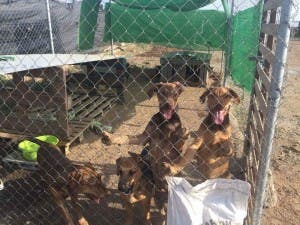 A NERJA animal charity is in crisis and is appealing to the public for help after having its shelter closed down.

Only set up eight months ago, the APA Nerja Estacion Esperanza had managed to build kennels and shelter amenities on rented land thanks to a flood of donations and volunteers.

But despite their efforts the shelter had to be closed due to the sheer overwhelming volumes of animals, and due to the fact that the land could not be concreted, undermining the shelter’s hygiene. 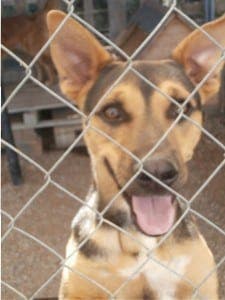 President Laura Leanne Downes told the Olive Press: “Maintaining a Shelter on this scale is not an easy task, funds have to be raised for food, dogs and cats transported backwards and forward from vets, vaccinations given to puppies who also have to be micro-chipped as this is the law, and all the money to achieve this had to come from donations and fundraising.”

She said despite everyone’s inspiring efforts, the shelter had to be shut down.

“It became apparent that the Charity was no longer able to sustain the level of dogs in its care and the painful decision was made that the Shelter had to close, the decision has not been taken easily nor quickly,” she said. 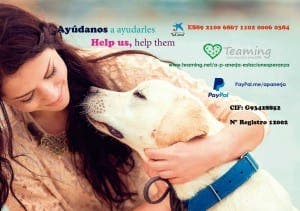 The charity, which is still in operation until it finds a new shelter, is pleading for members of the public to consider adopting one of the many dogs left without a home.

To foster a dog, all of whom have been socialised by the APA Walking Group, email apanerja@apanerja.com.