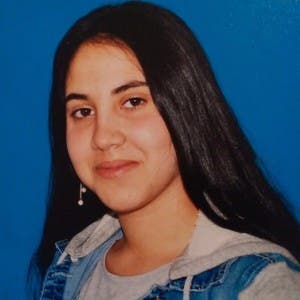 MISSING British 15-year-old Elena Veronica Ciochina is believed to have fled to Spain with an older man.

Ciochina, from Newham, East London, is believed to have met up with 27-year-old Ionut Gheorghe before leaving the country.

Gheorghe was last spotted withdrawing £250 from a cashpoint in Enfield before meeting up with the teenager.

Metropolitan Police now believe the pair fled to Europe and suspect that they are now in Spain.