A WOMAN in Spain has died after having open-heart surgery in the street. 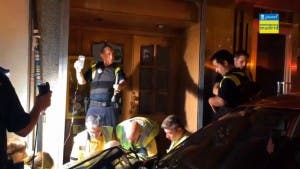 The unnamed 48-year-old was allegedly stabbed  in the neck and chest by a 55-year-old man after an argument broke out on the streets of Madrid.

She was in such a critical condition that paramedics operated on her in the street where they found her.

When they arrived at the scene, they discovered a stab wound in the side of her chest.

They decided to immediately cut into her chest wall and massage her heart.

They managed to stabilise her and transport her to hospital, but she died within minutes of reaching the operating table.