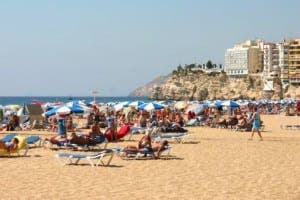 SPAIN has been overwhelmingly selected as the destination of choice for Britons moving abroad after retirement.

In a Retirement Advantage survey, 19.4% of respondents chose Spain as their top destination.

It European rivals France and Italy garnered 6.1% and 5.6% respectively.

Although pensioners in the UK would jump at the chance to relocate, the poll revealed a drop in confidence post-Brexit.

Some 62% of respondents said the result has made them less likely to move abroad.

A smaller 38% said it has made them more likely to move.