IT’S a far cry from the relentless pace of city living and the perfect setting for a unique festival celebrating baroque music. 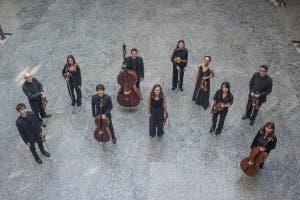 Every August, some of the biggest names in classical music roll up in Zahara de los Atunes for three nights of baroque concerts in the heart of this tiny seaside village famous for its blue fin tuna.

Now as much of a fixture on the cultural calendar as its tuna tapas festival in May, the Festival de Musica Barroca is a firm favourite with locals and visitors who appreciate the novelty of affordable, world-class performances in an intimate church setting.

You’re more likely to see David Juritz performing Vivaldi’s Four Seasons at London’s Royal Albert Hall, or at one of the countless recitals he gives in the great concert halls of Europe.

The internationally-acclaimed violinist, born in South Africa, is at the top of his game. But for past three years he has taken his violin to Zahara, at the edge of Europe, trading thousand-seater auditoriums for one of the most select boutique festivals on the classical music circuit. And he’ll be back this year.

Festival Director Matt Coman has been a leading light on the classical scene in Cadiz province for the past 15 years, launching the festival in 2012.  So how did it all begin?

In a word, ‘serendipity’.  Having fallen in love with Spain in the early 2000’s, and always on the look-out for opportunities to reach new audiences, Matt wandered into Zahara’s historic Nuestra Senora del Carmen church one Saturday evening after a day on the beach with his family.

He could immediately see its potential and was soon chatting with local priest Antolin.  They connected immediately as it transpired that Antolin had trained in music and composition in Madrid before entering the priesthood.

A kindred spirit, and ardent supporter, Antolin has been instrumental in the Festival’s evolution and success from that point on.

“Baroque has played a significant role in Spain’s history and its influences can still be spotted in local towns and villages,” says Matt. “So the festival’s emphasis on baroque is a perfect 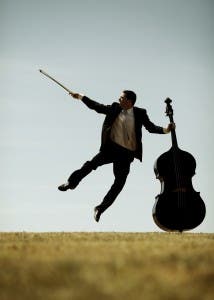 match for the town’s architecture and rich culture.

“But it’s more than that.  Baroque music strikes a deep chord with people. That’s why its harmonies are often used in other music, like chill and trance. And Zahara’s beautiful church has a very special resonance that moves and inspires musicians and audiences.”

And while artists are drawn by this perfect performance arena, people from all walks of life get to appreciate their music in spectacular surroundings.

This summer’s audiences are in for a real treat, with music from the ‘Gods’ of classical, Vivaldi and Bach, known for their high energy and extravagance, and Handel’s Arias, gentle and lyrical, embellished with vocals.

“And then we pay tribute to Cervantes with Tellman’s Don Quixote Suite, infused by the composer’s talent for drama,” continues Matt.  “We want each concert to have its own identity and mood”.

Matt has discovered that classical music is a perfect fit with this peaceful corner of Spain, where life moves at a slower pace. “There is not the sense of Europe you get in, say, London or Copenhagen, but it is an altogether more romantic and mysterious place,” he says.

The Festival captures this essence with remarkable performances in a remarkable venue. Little wonder it has become such a classic itself.

The festival runs from August 10-12. Further information at www.soloistsoflondon.com