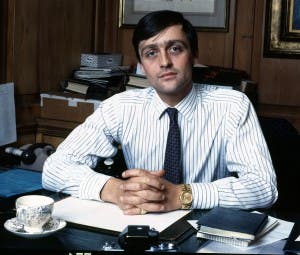 THE Duke of Westminster has died after suddenly falling ill on his Abbeystead Estate.

Gerald Cavendish Grosvenor, 64, passed away at the Royal Preston Hospital in Lancashire on Tuesday.

“His family are all aware and they ask for privacy and understanding at this very difficult time,” a spokesman said.

“No further comment will be made for the time being but further information will follow in due course.”

The Duke was a friend of Prince Charles and the Duchess of Cornwall, who were “deeply shocked and greatly saddened” by his death, Clarence House said.

A spokeswoman for Buckingham Palace said: “I can confirm that Her Majesty the Queen is aware of the news about the Duke of Westminster. A private message of condolence is being sent by the Queen and the Duke of Edinburgh.”

The Duke was worth around €10.9 billion and was the third richest man in the UK.

He owned land in the exclusive Belgravia area of London as well as thousands of hectares in Scotland and Spain.

His most famous property in Spain was in Cordoba, which remains one of Europe’s most secretive bolt holes.

The 15,000 hectare estate, which was leased by the Duke, is a popular retreat for Europe’s elite, with Princes William and Harry making repeated visits.

The King of Spain has also hunted there.

The estate boasts its own petrol station, a private railway station and accommodation for 100 staff.

Within its 50km perimeter the estate teems with wildlife, and provides a safe haven for a number of protected species including three types of vulture and imperial eagles.

The highly sought after wild boars and stags, as well as an abundance of game birds has made the property an appealing home-from-home for William and Harry.