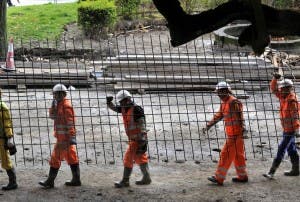 The number of part time jobs is on the rise, with 1.75 million people working limited hour contracts ‘involuntarily’.

A new report shows Spain has the highest number of part-time workers who want full-time jobs.

The report shows that 64% of part-time Spanish workers would rather have full-time jobs.

A total of 15% of Spain’s workforce is on limited hour contracts, representing 2.8 million people, an increase of 750,000 since labour reforms came into play six years ago.