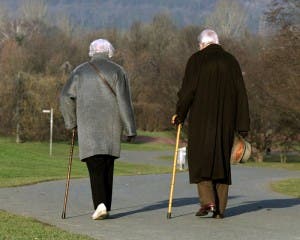 MORE than €300 million  was paid in pensions to the dead last year due to the government’s ‘holes and deficiencies’.

The monthly payment to the dead totalled €25.3 million.

The Organisation for Economic Co-Operation and Development’s (OECD) 2011 statistics show that Spain spent over 10.5% of its GDP on pensions, well over the 7.9% OECD average.

The Audit Office spoke out against the National Social Security Institute (INSS) concerning the systemic failure.

A spokesman said: “The INSS doesn’t employ effective controls over who it pays pensions to, and neither do the banks through which pensions are paid.”

It comes at a bad time for Spain, which is in the midst of austerity measures and faces EU sanctions over its unreined deficit.