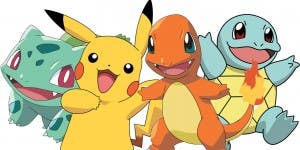 SAVVY Spanish entrepreneurs are jumping on the back of the latest gaming craze to earn a quick euro.

Some tours are even fetching four-figure sums for overseas trips.

Granada-based travel agent Junior Travel was one of the first companies to introduce the tours and received 2,000 applications for the job of tour guide.

A tour guide must have reached level 20 (out of 40) on the game and gives city tours of Pokemon hot-spots to rookie players.

The company is also launching the tours in Valencia, Barcelona and Madrid.

“Every minute we get three or four applications,” said Antonio Barragan, manager of the travel agency. “The HR guy is a little overwhelmed.”

He added: “The routes are so that people don’t get bored of the game in their city, and go hunt Pokemon in other provinces.”

The augmented reality game, which uses satellite locations, graphics and camera capabilities to overlay the cartoon creatures on real-world settings, has taken Spain by storm.

Junior Travel’s tours will see customers driven around in a bus and given expert guidance on hunting Pokemon, for €43 a day.

But Junior Tavel is not the only company profiting from Pokemon in Spain.