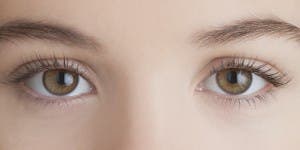 SPECSAVERS and RNIB recently conducted an important study into the state of the UK’s eyes and so for this month’s column we wanted to answer your questions about this important study.

How many people in the UK are visually impaired?
More than six million people in the UK live with sight-threatening conditions or uncorrected refractive error. Some may not yet be experiencing any symptoms and may have no idea that anything is wrong. Of these people, more than two million (3.08% of the UK population) are living with sight loss that has a significant impact on their daily lives. This figure is set to increase to more than 2.7 million by 2030, driven by an increase in the UK’s ageing demographic.

How does this compare in Spain?
According to a study by Spain’s National Institute of Statistics in 2008, in Spain 979,200 people are suffering a visual disability, 2.14% of the population. Of these 20,900 are people classed with low vision, and there are 58,3000 cases of blindness. This figure is increasing every day, with 3,000 new members joining the blind charity ONCE each year and as of June 2016 there are 72,091 ONCE members who are classed as legally blind.

What is the cost of sight loss?
Independent research commissioned by RNIB estimates that the total cost of sight loss to the UK economy is in the region of £28 billion a year. In Spain, it was calculated to be 358 million Euros in 2008 and increasing.

Specsavers and RNIB want to get the message out there that you need to take care of your eyes, and make sure everyone has sight tests every two years from the age of three. Specsavers Opticas in Fuengirola and Marbella are currently offering free comprehensive eye tests which include health checks.  To find your nearest store and book a free eye test, visit www.specsavers.es