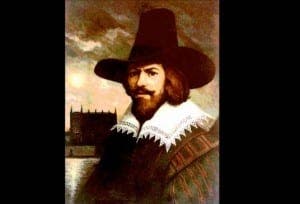 PENNY for the guy?  Not likely, these days. Thanks to the Americans, no one gives a toss for him.

Everything’s been ‘Halloweenised’ and Guy Fawkes is pumpkin pie. Not a very good one, either. The Cinderella’s carriage-sized calabazas they sell in my local supermarket to turn into lanterns are so woody, my homemade pumpkin soup gave me splinters last year.

Right now, on the Costa, ex-pat Mums and Spanish mamas are knitting/sewing/welding together  ghoul and zombie costumes and sending their kids out to bully the neighbours, quaintly known as trick-or-treating.

Times change. When you’ve watched the Olympics firework display on widescreen TV, who wants to shiver around a bonfire in the back garden striking matches at a damp catherine wheel nailed to the garden fence, which is how we always celebrated Guy Fawkes Night, a long time ago.

Most readers will be too young to ‘remember the fifth of November, gunpowder, treason and plot’. Today it’s all about October 31, vampires, witches and fake blood capsules – in America, Europe, Spain and even in Britain itself, where burning a Catholic on a bonfire has become very un-PC, even if the guy did try to blow up the king and parliament in a premeditated act of terrorism.

Although there are some who say Guy Fawkes was ‘the last man to enter Parliament with honest intentions’. That was in 1605.

My kid brother saved his pocket money for weeks to buy firecrackers to let off in the school playground. Today the sale of over-the-counter explosives to under-18s is a crime, letting them off on the lawn is a Health & Safety issue and Social Services would not be edified to see young children roaming the streets begging, even if it is just for pennies.

Besides, there are so many more merchandising opportunities with Halloween.

We made our guys from old pyjamas stuffed with newspapers, a balloon and grandad’s old Trilby hat, which did nothing for the GDP. Today Americans spend a spooky $7 billion on Halloween costumes and candies while, in the UK, October 31 makes Bonfire Night look like a damp squib and even out-retails Valentine’s Day, which says a lot about all you guys of the human variety.

Here in Spain, most of the locals have never heard of ‘Ghee Forkeys’, although they damned well ought to have, considering he fought for their country during the Eighty Years War. It was the Spanish who taught him how to use explosives in the first place!

The Spanish didn’t know about Halloween either, for centuries, although they have their own public holiday the day after. November 1st is All Saints Day, when Spanish families light candles and leave fresh flowers on the graves of their loved ones. November 2 is All Soul’s Day, or the Day of the Dead, not a public holiday in Spain, although it is in Mexico.

It didn’t take the fiesta-loving Spanish long to realise they could make a three-day puente of it. Besides, Halloween ghouls and ghosts one day, deceased relatives and graveyards the next … it kind of works.