CRISTIANO RONALDO has split from his former Miss Spain girlfriend because of her ‘fame-hungry-attitude’.

The 31-year-old Real Madrid ace ended the relationship with Sevilla-born Desire Cordero, 23, on Halloween, because he ‘believes she only wanted to use it to get more fame and power to ‘grow’ in the profession’.

The striker reportedly thought it wasn’t meant to be and ‘began to pay more heed to the people close to him’.

Reports say relations between the pair have been frosty since the break-up, with both attending the same party in Madrid and having to avoid crossing paths all night. 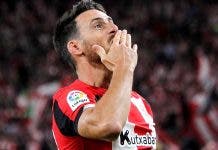