A BRITISH expat was pulled from a flooded lift in a dramatic two-hour rescue effort.

Bet365 worker Dan Dawson told the Olive Press he feels ‘lucky to be alive’ after he found himself up to his neck in flood water while stuck in a lift during Sunday’s storms.

The nightmare happened when Dawson, 46, attempted to save his five-year-old son Kaled’s Christmas presents from their basement in Duquesa during this weekends floods.

“It was absolutely horrific,” Dawson said. “I honestly thought that was going to be it for me.”

He added: “I stupidly didn’t check how bad the weather was outside before going down in the lift.

“As I got closer to the basement water started flowing from everywhere and I couldn’t stop it.

“Within a minute it was up to my chest and I was panicking.”

Luckily, neighbours came to his rescue when Dawson’s partner Sylina heard his screams.

However they were unable to lift the roof of the lift and it was only when he managed to get it to rise by half a storey by continually hitting the up button that he had a bit of breathing space.

Police were soon on the scene and prized open the lift with a crowbar, pulling Dawson, from Derby, to safety.

His car was also left ruined after the building’s basement garage flooded. 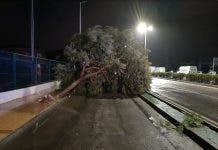 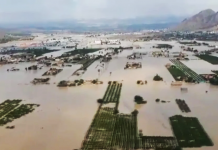 Lydia Spencer-Elliott - 29 Nov, 2020 @ 20:30
ANGER is rising for UK and EU negotiators as both sides enter the final week of Brexit negotiations.