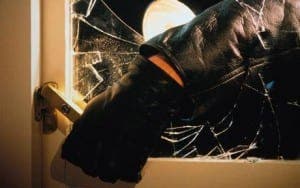 A SPATE of burglaries is ruining Christmas along the Costa del Sol.

A gang of thieves have been gassing and then robbing properties between Estepona and Manilva.

A number of expats have been targeted with Christmas presents being stolen in several.

William Hill executive Keryn Rees Davies had to take two days off work due to the side effects of the gassing at her home in Duquesa.

“I felt very drunk and then spent the day throwing up,” Davies told the Olive Press. “I had to take time off before I felt well enough to go back. I am still feeling the affects in my chest now.”

Davies, who commutes to Gibraltar to work, estimates she lost around 1,500 euros of valuables, including a laptop, iPod and a pair of Gucci sunglasses.

A resident at the Hill Club on Hacienda Guadalupe for 20 years, she revealed there had been ‘at least three’ more break-ins on her street in the past fortnight.

She added: “When they broke in they stood on our cat which woke my husband up, however our mental and physical state was badly impaired.

“My husband got out of bed, but was so dreary that he did not notice we had been broken into.

“When I eventually woke up, it took me three attempts to get out of bed and it is was a good four hours before I realised what had happened.”

Davies reported the break-in to the Guardia Civil in Sabinillas the next day who continue to investigate.

Another British victim told the Olive Press that ‘Christmas is ruined’, with all the present’s for her children stolen at her home in Duquesa.

“How could someone steal Christmas presents?” she said. “I cannot afford to replace them and my insurance claim will not pay out in time.

“Christmas is ruined this year.”

When contacted by the Olive Press, a Guardia Civil source confirmed that at least two denuncias involving gassing had been filed in Sabinillas during the last month.

“It is most likely an Eastern European gang. It is a horrible thing and very dangerous, particularly for kids,” he said.