And today, December 22, half of the country will be tuned into the television and radio to hear the results of El Gordo national lottery.

An incredible 73% of adults have a flutter, with winners creating front page stories in the national newspapers every year.

It is the biggest prize payout in the world with millions tuning in globally to watch the live draw in Madrid.

But how many people know that the El Gordo national lottery was started in 1812 to buy bullets and cannons to fight Napoleon in Spain’s War of Independence?

Spain’s Christmas lottery traces its roots, in fact, to Andalucia – to Cadiz – according to Manuel Moreno Alonso, a professor of history at the University of Sevilla. 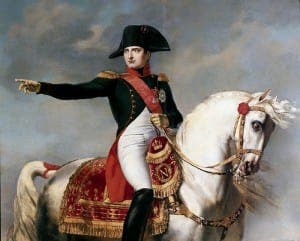 Moreno said: “It appears that it was Captain General of Cádiz, Gervasio Gasca who proposed to establish the lottery with the object of raising funds to alleviate the situation of displaced people and to reinforce the resistance.”

In 1812, the government ordered 25,000 numbered wooden balls to be given to the authorities between December 15 and 20.

This year’s winners stand to share a little bit more, with dozens of winners – many of them syndicates and entire villages – set to bag millions each in payouts.