TWO-TIME Oscar winner Gil Parrondo has died in Madrid at the age of 95.

The Spanish art director won Academy Awards for his work on Patton and Nicholas and Alexandra.

The Asturian’s first big break came in 1939 on the film The Four Robinsons.

“He had no other illness than his age,” his nephew Oscar Parrondo told EFE.

He worked with Orson Welles on his Confidential Report (1955), Stanley Kramer’s The Pride and the Passion (1957) and David Lean’s Lawrence of Arabia (1965).

Parrondo earned a third Oscar nomination for Travels With My Aunt, directed by George Cuko 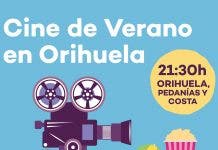