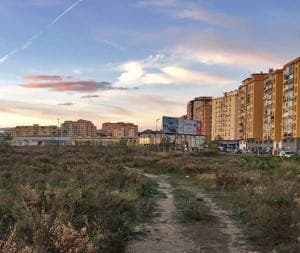 A HUGE contamination study is to begin on a piece of prime re-development land.

Asset management company SAREB has instructed specialist company Inerco to evaluate the soil of the former Repsol plant on Malaga city outskirts, due to fresh fears of lingering hydrocarbons.

The cost of the study is €100,000 but the total could spiral if a cleanup of the 177.548 square metre plot between Avenidas Europa and Juan XXIII is needed.

A detox of the land, which was used to store petrol in the 1970s, took place in 2002 but new legislation demands more tests.

SAREB, which has rights to part of the land, came to an agreement to share the costs with the city council and hopes the results will be revealed by spring.

Sorrel Downer - 26 Jun, 2022 @ 12:00
Demand for rural properties continues to grow as people dream of swapping a home in the city for a fixer-upper with nice views and...

Keep on moving: Marbella can be a dangerous drive