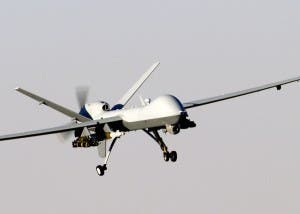 SPAIN has awarded a US arms company a €60 million contract to expand its fleet of military drones.

General Atomics will provide Spain with MQ-9 aircraft – or Reaper Drones – and its associated equipment over the next two years, with the work expected to be completed by January 2019.

The drones are capable of remaining in the air for 27 hours at a maximum altitude of 50,000 feet.