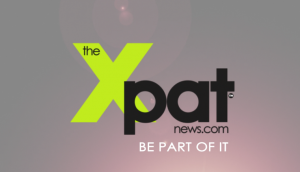 THE former RTN newspaper has relaunched today after their brand name was acquired by a rival newspaper.
The Alicante-based publication, which was voted the second-best expat newspaper in Spain at the noted TESCA awards last year, will now be under the name Xpat News.
A full explanation of the brand change has been given by editor Jack Troughton in the first edition, which hit the streets today.
“We are confident that we can continue the success of Round Town News,” Troughton told the Olive Press, “We have the same team, the same quality and pedigree, and we will be bringing in some new talent too.”
“I’d rather not comment on what exactly has happened,” he added.
Its owner Danny Wilkinson, however, was more forthcoming.
While he was ‘delighted’ with the new paper and how well it has been received by its advertisers and loyal readers, he added:  “What has happened to us is typical of how things work in Spain at times and it has sadly happened before,” he said.
“The truth will out.”
He continued: “We have confidence in our new paper and that karma will count in the end.”
The popular paper has been printing since 1999 and distributes from Cartagena to Valencia.
On the new branding, Troughton added: “At a time of Brexit, the word ‘expat’ is everywhere and we know that when our readers see that word on the shelves they will immediately identify with it.”
Visit their new website here: www.thexpatnews.com

Jorge Hinojosa - 19 Aug, 2022 @ 15:45
FIREFIGHTERS are continuing to battle to control 12 twelve different wildfires raging across Spain on Friday, as a drop  in temperatures brought little reprieve. It...