MARIANO RAJOY has been criticised for rejecting a question asked in English about Brexit before promptly moving on to another journalist.

His behaviour was labelled ‘incredibly rude and ugly’ by critics, while social media was confused by the abrupt shut down.

During the PM’s EU summit conference in Brussels, BBC journalist Nick Eardley asked Rajoy: “A Brexit question in English, if you don’t mind?”

Rajoy frowned and responded in Spanish: “Come on man, no, we are not going to do this,” before swiftly moving to a different reporter.

It is believed Eardley had intended to ask if Spain would veto the EU entry of an independent Scotland. 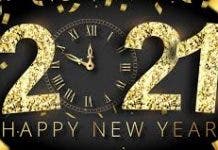 HAPPY NEW YEAR? The only way is up for Brits in Spain in 2021 after lows of coronavirus and Brexit