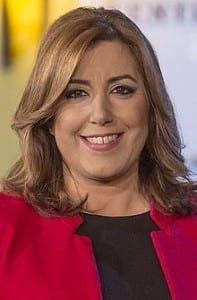 Susana Diaz is to throw her hat in the ring for the Socialists’ national leadership race by March 26, according to sources close to her.

She is expected to formally announce her intention to run in the party’s primaries in Madrid, the day after the launch of a central policy document which will be discussed at the party’s congress in June.

The revelation comes after months of speculation as to whether she would stand in the contest, whose other already confirmed candidates include ousted former party leader Pedro Sanchez and former Basque government head Patxi Lopez.

It has not yet been decided if she would be allowed to continue as president of the junta if she were to win the leadership race.

Kimberley Mannion - 25 Jun, 2022 @ 09:00
SPAIN’s first electric plane has made its inaugural flight after taking off from Sabadell Airport, near Barcelona on the morning of Wednesday, June 22. The...