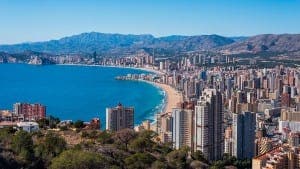 SPANISH hotels have lost €60m in the last year thanks to a Brit food poisoning scam.

Hotels are lashing out against dishonest holidaymakers after a deluge of fake food poisoning claims last year.

The scam has become so common, those claiming to have suffered from the ailment may have to produce a prescription from a doctor as proof.

Hosbec, Benidorm’s hotel association, has already put this rule in place in the Popular Spanish resort, and others are expected to follow suit.

“There can be no sense of impunity because it is a problem that we cannot allow to go any further,” said Hosbec president Antoni Mayor.

Those making dishonest food poisoning claims often wait until they return to the UK before filing cases with small claims courts or complaining to their tour operators.