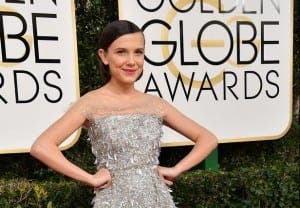 MILLIE Bobby Brown is lobbying for a role in an upcoming Star Wars sequel.

The Marbella-born actress has repeatedly dropped hints that she wants to be a part of the sci-fi franchise.

When asked at last month’s Emerald City Comi-Con in the US who she would most like to play, Brown said: “Princess Leia. I love Carrie Fisher and it would be amazing to carry on her legacy.”

There have now been calls by fans for Star Wars bosses to make a spin-off film about a young princess Leia.