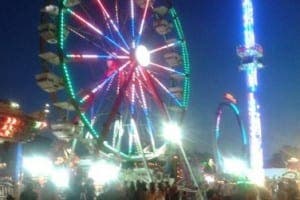 MARBELLA and San Pedro may not have a feria this year if the Partido Popular get their way.

President of the Marbella PP Angeles Muñoz has submitted an amendment to the municipal budget which would scrap the ferias in a bid to launch an ’employment plan’.

Muñoz wants €2.1 million to implement a jobs drive and will get the cash from the events budget.

This would make it impossible for Marbella or San Pedro to have their ferias this year.

In total, Muñoz proposes to withdraw €1,102,301 euros from the festivals budget and allocate it to the employment plan – details of which have yet to emerge.

They would remove another million euros for legal services, bringing the total to €2.1 million.

The amendment was initially approved this morning, despite not enough time being given to opposition groups to challenge it.

EXPLAINER: What we know about Spain allowing British travellers to use eGates at selected airports in bid to reduce border queues