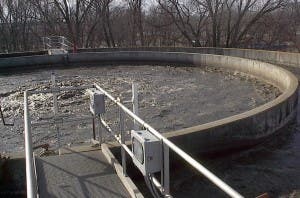 ONE third of Andalucian sewage plants are not safely processing waste.

More than 60 centres were found to be breaching national regulations through practices dangerous to both people’s health and the environment, according to a study by Ecologistas en Accion.

It found that Estepona and Istan are the worst offenders on the Costa del Sol, along with San Roque and Barbate on Costa de la Luz and the Pradollano plant for the Sierra Nevada ski resort.

The environmental group made its conclusions after looking at 12,000 water samples collected in and near the plants between 2013 to 2015, some of which showed high levels of contamination.

It also found that some polluted waters were spilling into protected areas away from the sites.

Furthermore, it discovered that despite funding, 62% of works earmarked to improve the plants in 2010 has still not begun.

Last November, Spain was fined €46.5m by the EU Commission due to a failure to ensure its plants were safely processing sewage.

“We demand that authorities on all levels work together to better the purification process in Andalusia,” said a spokesperson for the group.

“Otherwise the sanctions will not stop arriving, which will ultimately lead to citizens paying out for what is the responsibility of others.”