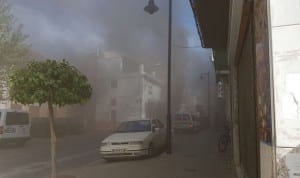 UP to ten people have been left injured following an explosion at a butcher’s shop in Granada.

A 52-year-old woman was inside the building and is now said to be in a critical condition.

It is thought a gas leak could be to the blame for the blast, which also hit a child as it was cycling past.

The incident occurred yesterday afternoon in the Durcal area. 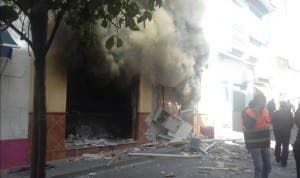 The shop and surrounding buildings have been left damaged.