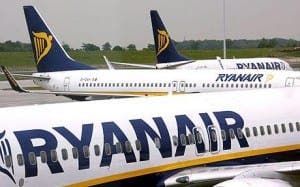 RYANAIR has said it may have to stop flights from the UK for weeks or months after Brexit.

An ‘uncertain final outcome’ of talks is to blame, according to the lowcost airline.

It warns that if Theresa May does not secure an early bilateral Brexit deal on international aviation, they will halt flights from Stansted and other UK airports.

The airline hopes the UK will stay in the open skies scheme, which allows carriers to operate within the EU and and others in the ‘common travel area’ including Norway and Switzerland.

The airline said it is planning to pivot growth away from the UK, and that it will pursue growth in other countries including Spain.