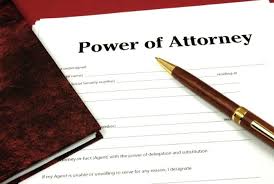 They are legal documents which allow anyone aged 21 or over (‘donor’) to appoint one or more people (‘donee’) to act on their behalf as proxy decision maker in the event of lost mental capacity.

In Spain, very few know that there are two almost identical legal documents that grant the same powers to a trusted person should that occasion arise.

These documents are known as the ‘Poder Preventivo’, or Preventive Power of Attorney (PPA), and the ‘Autotutela’, or ‘Appointment of Tutor’, both of which are granted before a public notary.

The PPA allows the proxy to deal with the financial affairs of the donor with immediate effect after a certain date, or once a medical doctor has declared the person incapacitated.

For its part, the Appointment of Tutor deals with health and care decisions, daily routine or where the affected person should live (but will require judicial approval where the sale of assets is concerned).

It is recommendable to have both, to avoid the lengthy (and costlier) process of applying for a judicial decision following a clinically diagnosed incapacitation or intellectual disability because of disease or accident, a process that requires a separate procedure to sell real estate or other assets.

It is worth noting that both appointments can be revoked by the donor whilst capable, and that public notaries in Spain have an obligation to communicate any such documents to the Spanish Civil Registry.

Doing it for Dad: a son’s fight against his ex-wife