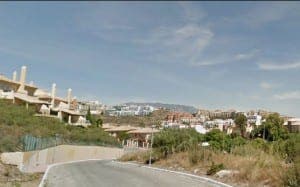 PARENTS are being urged to be on high alert after a number of alleged attempted kidnappings on the Costa del Sol.

British expat Vicki Reid, 35, has taken to Facebook to warn people to be alert after she witnessed what she described as ‘any parent’s worst nightmare’ in Calahonda.

In the week of the tenth anniversary of missing Maddie McCann, Reid, who was walking her dog with her son, noticed two men in a car closely watching a group of 11 to 13-year-olds playing in the street.

The Riviera resident then spotted one of the men get out of the black Seat and pursue the group along Calle Siroco with a ‘very suspicious bottle of liquid in his hand’.

To Reid’s horror, he then darted behind some trees to conceal his presence while the other remained in the car with the engine running.

Most suspiciously of all when she shouted out to the children to be aware, the man stopped in his tracks before fleeing back to the vehicle and driving off.

Reid then took the children back to her home where she called the police.

“I’m still shaking and cannot believe what could’ve happened if I had not been turning that corner at that precise moment,” she told the Olive Press.

She added: “We’re all ok but I’m not walking my dog up there again!”

She described the man she saw as having shaved blonde hair, while his friend had darker hair. The car was black with some paw print stickers on the boot.

The 12-year-old, who has not been named, was waiting for his sister outside her boyfriend’s house near the Plaza de Toros in the afternoon.

Within minutes, a car went past and a man got out and asked him if he wanted any sweets.

His mother reported the incident to the police where she says they told them there had been around five similar cases reported recently.

“We tried to play it down because he was petrified – it scared the life out of him,” she told the Olive Press.

“But we didn’t’ really know what to do – we didn’t have anyone to speak to because no one we know has had a similar experience.

“What are you supposed to do, stop your kids from going outside? It’s hard when he has so many friends that live close to us.

“You get this type of thing happening everywhere – I don’t think it matters where you are in the world. The most important thing is to spread awareness, because people just don’t believe it,” she added.

Anyone who sees a car or men fitting the descriptions should call the police on 112 or contact the olive press at newsdesk@theolivepress.es.

Walter Finch - 6 Dec, 2022 @ 16:45
That faithful pondlife inhabitant, the frog, is going extinct in Spain due to the ravages of climate warning and a pandemic of deadly amphibian-killing...