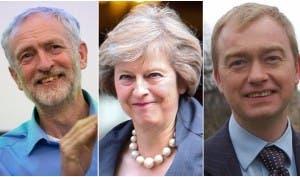 IT has been hailed ‘as good as a second referendum’ by pro-European expats.

But what are the main contenders in the UK’s June 8 general election really offering to nationals living in Spain?

It is their future in the country, after all, that depends on the agreements thrashed out through Brexit talks.

Votes for life, free movement of labour, pensions, healthcare access and the possibility of a second referendum are among the issues we have scoured the three main parties’ manifestos for.

So there is no excuse not to get the information you need before casting this highly important vote.

The Liberal Democrats and the Green Party are the only two to commit to holding a referendum to allow voters a final decision on Brexit.

This would come after the conclusion of exit negotiations with the EU and would offer people the choice of accepting the terms or staying in the EU.

Labour has ‘accepted’ the result of the referendum and has not stated that it will offer one on the agreed final terms of Brexit.

The Conservatives’ manifesto reiterates their commitment to leaving the EU.

All three main parties have committed to retaining existing reciprocal rights for current expats in the EU and EU nationals in the UK.

But whether that will be truly possible could depend on their policies regarding its key battleground policies concerning freedom of movement and migrant benefits and healthcare.

Freedom to continue to work and live in the EU

Both the Conservatives and Labour have said that freedom of movement (the right to move and live freely and work in the EU without a visa) will end when the UK leaves the EU.

The Conservative Party said it will leave the single market (free movement of goods, services, people and capital) and the customs union but wants to ‘pursue free trade with the European market’.

Despite a commitment to freedom of movement being essential to gain access to the EU single market, Labour argues that the UK will still be able to trade goods and services without restrictions.

It promised to protect workers already living in the UK, in an attempt to ensure the same for UK expats already based in the EU.

Its ‘transparent and fair’ managed migration system would focus on labour shortages and could include employer sponsorship, work permits and visa regulations.

Liberal Democrats, by contrast, will keep freedom of movement to retain access to the single market.

They would also ‘simplify’ the process for EU nationals to gain permanent residence in the UK, and would seek to ‘secure the same rights’ for UK nationals in Europe. 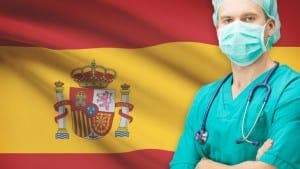 Labour has promised EU migrants in the UK continued access to free public services through a ‘migrant impact fund’, financed by monies paid through high net worth individual visas.

It remains to be seen, however,  whether it will seek the same assurances for expats in the EU.

They will also try ‘retain access to  European Health Insurance Card for tourists.

The Conservatives have vowed to increase the immigration health surcharge to 600 for migrant workers.

No set plans on benefits for EU nationals in the UK or UK citizens in the EU have yet been announced. 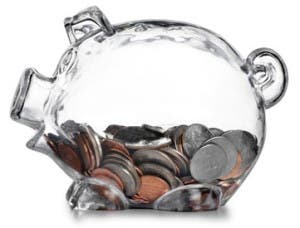 Both Labour and the Liberal Democrats have voiced their support for an end to pension freezes for UK citizens living abroad in certain countries.

Following Brexit, this could include those living in the EU, who have until now being exempt from such penalties.

Many Conservative backbenchers also want an end to the freeze, with one, MP Roger Gale,  even timetabling a debate on the issue in April.

At present, British citizens lose their vote after living outside the UK permanently for 15 years.

In 2016, the Conservatives committed to restoring voting rights to all overseas voters.

But many were left enraged after it was revealed that they would again not be able to vote in the upcoming general election.

Votes for life have also been promised under the Liberal Democrats, who have also vowed to ‘create dedicated constituencies for all overseas voters to elect MPs, such as what France and Italy has done for their own expats.’

The Labour party has given no indication as to whether it would grant votes for life.