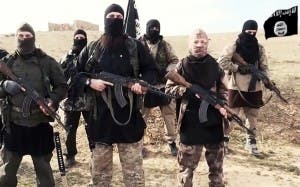 A TERROR suspect wanted by Spain has been arrested by British cops in Birmingham in the UK.

It comes after a European arrest warrant was released for the 44-year-old man on behalf of Spanish authorities, who believed he was supporting the sick terror group ISIS.

West Midlands Counter Terrorism Unit arrested the man at an address in Sparkhill in the early hours of this morning.

He will appear before Westminster Magistrates Court in London today.

It comes after three attacks in the UK in three months which has seen more than 30 people killed.

The country’s threat level remains at severe – meaning an attack can happen at any time.