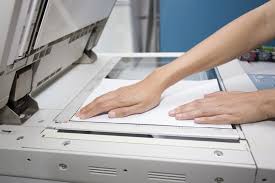 THE ruling of this topic goes to show how can a case -otherwise strong- go horribly wrong for a client and subsequently his lawyer.

Pursuant to a Madrid Appeal Court ruling, the said lawyer has been ordered to indemnify his client with €524,000 for not submitting an original document, but a photocopy of it, in a court of law.

The case dealt with a dispute over property rights, and the title deeds were deemed ‘essential and fundamental evidence to prove the facts upon which the claimant’s petition sought to rely.’

The claimant’s lawyer oversight consisted on submitting a photocopy of said document on filing and the original at the latter stages of the proceedings, resulting in the defendant’s lawyers challenging the validity of the copy and questioning the tardy submission of the main evidence -original title deeds-.

The tribunal, upon hearing the parties, upheld both defence allegations and ruled against the claimant, precluding him from bringing an action on the same grounds subject to the principle of res iudicata, or claim preclusion.

The losing party sought redress from his former lawyer, for professional negligence, through the courts on grounds that a submission of a photocopy in legal proceedings, when an original was easily available, was a clear instance of professional negligence that resulted in financial harm quantifiable by reference to the loss of opportunity.

The court of first instance initially and subsequently the appeal court ruled that the solicitors’ errors were unacceptable and fell short of the expected standards, adding that it was expected of him to know the perils of filing proceedings where the main evidence adduced consists of a photocopy, quite apart from the lamentable tardy submission of the original key document.

The outcome of this case reveals the real risk of filing civil proceedings based exclusively on emails, photocopied documents and similar evidence, all of which is admissible in court but likely to be challenged by the opposing party.