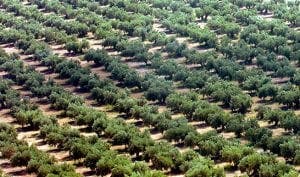 A LETHAL bacteria for olive trees has arrived on mainland Spain.

The Xylella fastidiosa pathogen, which dries out trees until they appear scorched, has been discovered in almond trees near the town of Guadalest in the eastern region of Valencia.

All trees and plants within a 100-metre radius are now being destroyed.

The area is also being treated against insects which are suspected of transmitting the bacteria.

The bacteria emerged in southern Italy in 2013 and was found in October on a cherry tree in the Balearics.

Local authorities banned exports of plants from the islands to prevent the bacteria, dubbed the ‘olive tree leprosy’, in a bid to stop it spreading to the mainland.

Spain produces around a half of the world’s olive oil.