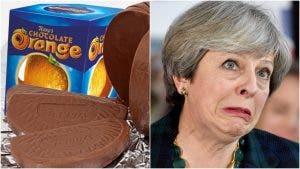 BREXIT is at risk of falling apart ‘like a chocolate orange’, a leading UK government watchdog has warned.

Amyas Morse, the auditor general of the National Audit Office, said the government under Theresa May had failed to take a unified approach to talks with the EU.

He also revealed that a request to see a ministerial plan for the changes needed to leave the EU had been met with only ‘vague’ assurances.

The almost unprecedented intervention is likely to put pressure on May to reassess her approach to the negotiations.

“Can government actually step up in these very difficult circumstances and deliver a unified response?” he asked. “I’m not seeing it yet.”

Morse, whose role as chief auditor gives him a statutory responsibility to scrutinise all public spending, has spoken out in a rare interview with reporters in a telling sign of his growing concern.

He suggested that the Department for Exiting the EU (DExEU), the Treasury and the cabinet office had so far failed to take an ‘energetic’ lead, leaving other departments to set their own priorities.

“These options could have been activated by now. The combined forces of DExEU leadership, Treasury and Cabinet Office should be speaking on one voice on these matters,” he said.

He said that despite requests, he has yet to be shown a ministerial plan to guide government departments through structural and legal changes for the UK to leave the EU.

He said that he had so far only been given ‘vague’ assurances that the government would support struggling departments trying to enact complex and expensive changes made necessary by Brexit.

Morse’s worrying intervention comes as the National Audit Office said there was ‘very little flexibility’ in plans for a new customs system, which is due to be ready two months before Britain is supposed to leave the EU in 2019.

“Leaving the EU is a negotiation,” Morse said. “It means the results are uncertain and [departments] need to be fast and flexible and react in a unified way. We have an issue there because we have departmental government. What we don’t want to find is that at the first tap it falls apart like a chocolate orange. It needs to be coming through like a cricket ball,” he said.

“There has to be strong integration. To have things start to go wrong and then say, ‘Oops, perhaps we might have to be a bit better integrated’ really is second best.”