FOREIGN investment into Spanish property is expected to break all records this year. 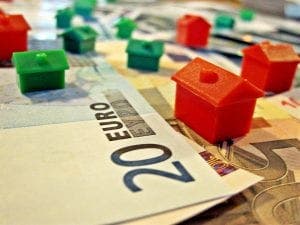 Demand from abroad has grown for seven years straight, according to international consultant firm JLL. In the first half of this year alone, foreign buyers and funds have more than doubled the investment on the same period last year.

So far external investors have sunk €888 million into buying Spanish property, smashing last year’s record of €330 million. While Madrid and Barcelona are the leading hotspots and attract the most interest from foreign buyers, Malaga, Sevilla, Mallorca, Bilbao and San Sebastian are also bringing in big numbers.

Average monthly internet searches total over 2.5m, some 74% above its closest rival and second placed France. Portugal came third on the list, followed by the US and Italy. Alicante was the most searched region in Spain, increasing by 53% from last year. At €126,054, however, it also has the lowest aver- age enquiry price of the most popular sunny regions.

Despite properties in Mallorca being three times higher in price than those in Alicante, it still tops the list as the second most searched for property destination in Spain. Malaga is in third position, with an average enquiry price of €191,830.

Chris Please, Head of Rightmove Overseas, said that Spain remains the most exciting investment for British buyers. “Over 12 months, we received an average of 2.5 million searches a month for property in Spain, indicating just how in-demand this sunny country is for property-seekers. “Whether it’s the large expat community, the sunny climate, the food or simply the easy transition into relaxed Spanish culture that has Britons enthralled, Spain’s proximity to the UK, cheap flights and short travel time has it consistently emerging as the most popular property destinations abroad.”

In terms of upmarket property he also singled out Mallorca, for its great climate, upmarket living and picturesque surroundings. “Mallorca is perfectly positioned as the ultimate destination for high budget UK buyers looking to purchase their own slice of paradise.”

Walter Finch - 9 Dec, 2022 @ 16:30
A proposed reform to the Penal Code that could see the six-year sentence of former president of the Junta de Andalucía José Antonio Griñan...